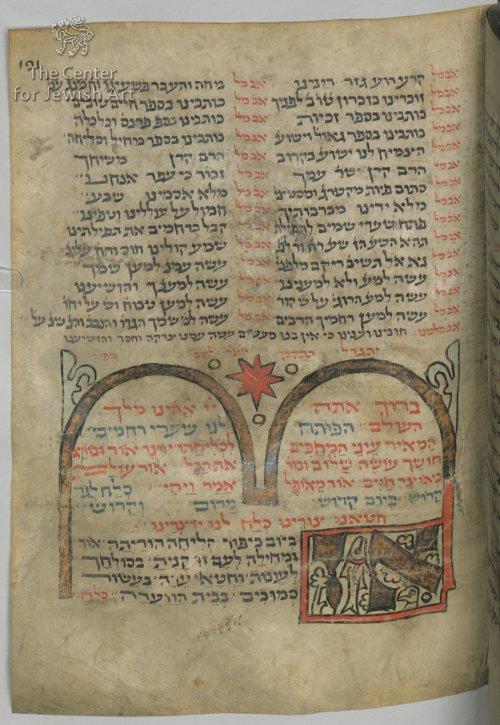 Fol. 191(a) by Illuminator E: The first benediction before the morning Shema prayer of the Day of Atonement is divided into two columns, each enclosed within an arch alluding to the gate of mercy mentioned in the benediction (Shaarei rahamim). Half a fleur-de-lis decorates the outer side of the arches while between them is a star surrounded by three roundels. The right gate is attached below to the panel for the initial word Then אז), Az) opening the yozer for the morning service for the Day of Atonement (Davidson 1924–1933, א 2106). The panel is decorated with a fish, a bird's head and floral motifs. The letters and the arches show vestiges of silver on a brown ground.

An open gate illustrating the same benediction appears in other Ashkenazi mahzorim from the same period, for example a mahzor probably fromBamberg(fig. 1), albeit of a different shape. 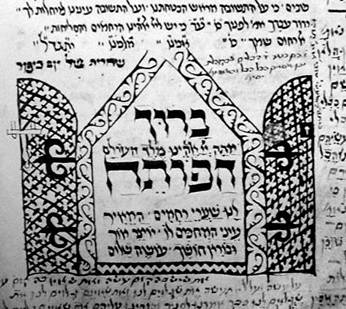