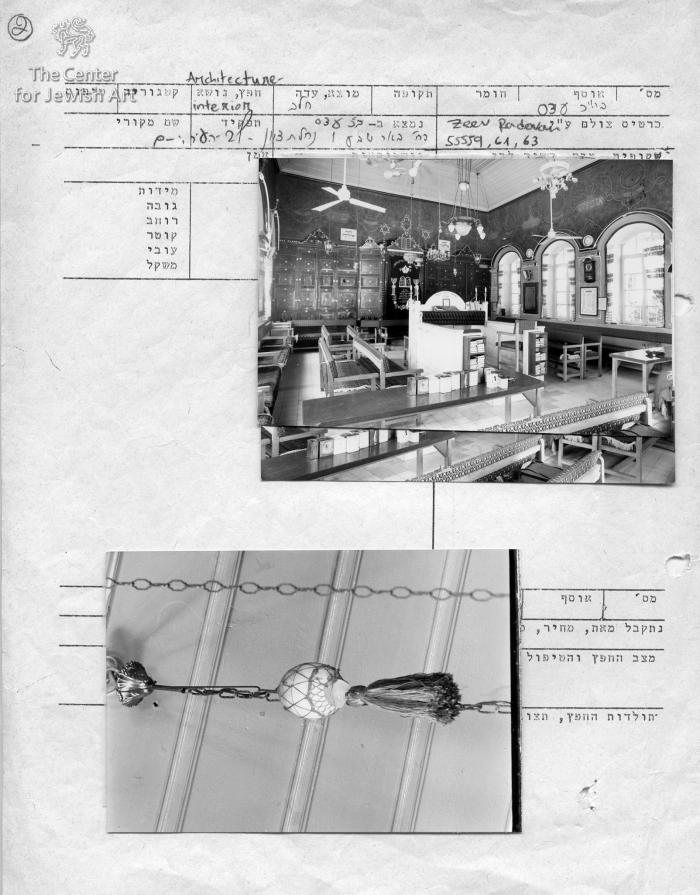 The interior is a rectangular open space.

The Torah ark runs along the eastern wall facing the entrance, while the teivah is placed in the middle of the hall. They are all set in a central axis (entrance- teivah- Torah ark).

A wooden screen serving as the ark's façade is fixed in front of three original arched niches; A central large niche flanked by two side smaller niches.

A rectangular gallery runs along the west wall, above the entrance, facing theArk.

The wooden ceiling is trapezoidal and bears a rectangular vault in its center.

The sitting arrangement in the synagogue is around the walls (including the eastern wall), facing the teivah.