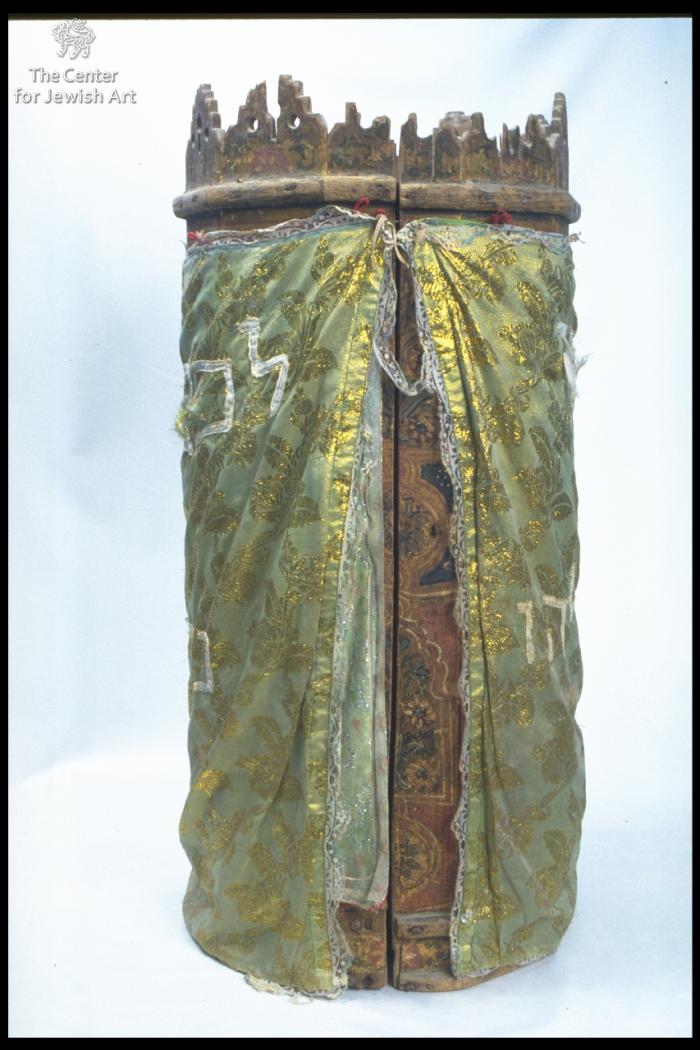 The Torah case is divided into two halves at the centre of its front facet, while the back facet is separated from the body and attached to each half by hinges. The body is composed of ten facets and is encircled, at its upper and lower edges by two pairs of strips, creating two friezes. The outer strips are wider than the inner ones.

Each facet is painted with a similar floral pattern in red, green and yellow, composed of alternating interlaced medallions and horseshoe arches. The round medallions enclose a large open flower while the horseshoe arches frame a flowering stem rising from a vase. Small flowers are depicted within the lower frieze. The decoration is coloured in red, green, yellow.

The crenellated coronet is composed of ten units which continue the body's facets. Each unit is shaped as a stepped pyramid. A lock-shaped hole flanked by two round holes, appears at the top of each unit, surmounting a small flower.

The coronet is alternately coloured in green, yellow and red.

The inner face of the Torah case is plain wood. Each half has a double shelf on the bottom.

Two holes for inserting the Torah staves appear at the bottom and top. (See Remark)