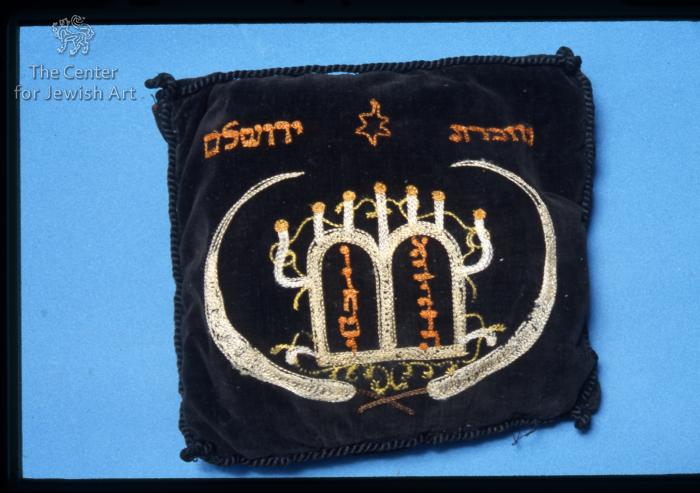 The rectangular Talith bag is opened on its upper side and closed by loops that are attached to the elongated front side of the bag. The buttons for closing are attached to its backside.

An inscription “מזכרת ירושלם” “remembrance ofJerusalem” written in square-filled letters appears in the upper part of the bag, one word on the right side and the second on the left side. Six-petal flower is depicted between them in the center.

The bag is framed by a twisted rope, creating four loops on the corners.