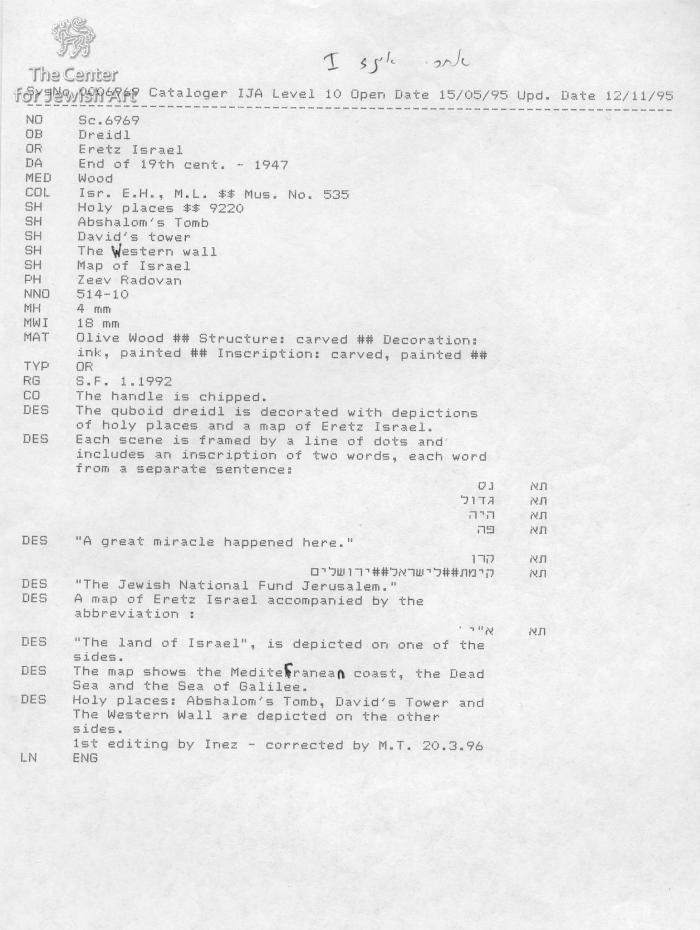 The quboid dreidl is decorated with depictions of holy places and a map of Eretz Israel. Each scene is framed by a line of dots and includes an inscription of two words, each word from a separate sentence:

A map of Eretz Israel accompanied by the abbreviation : א"י "The land of Israel", is depicted on one of the sides. The map shows the Mediterranear coast, the Dead Sea and the Sea of Galilee.

Holy places: Abshalom's Tomb, David's Tower and The Western Wall are depicted on the other sides.