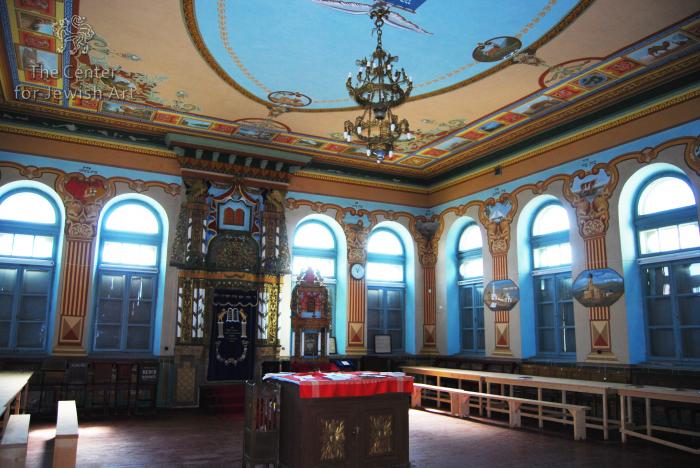 The murals adorn all the walls and the flat ceiling of the central prayer hall. The murals are made in a unit composition based on a system of architectural decoration, borders and frames, which include many paintings with different motives. All the spaces between the windows are decorated by painted pilasters. The zodiac signs are placed in the capitals of the pilasters. The images of the Holy Graves situated on the middle of the pilasters.

The murals, probably were made in the twenties and then updated in the seventies - eighties of the 20th century.