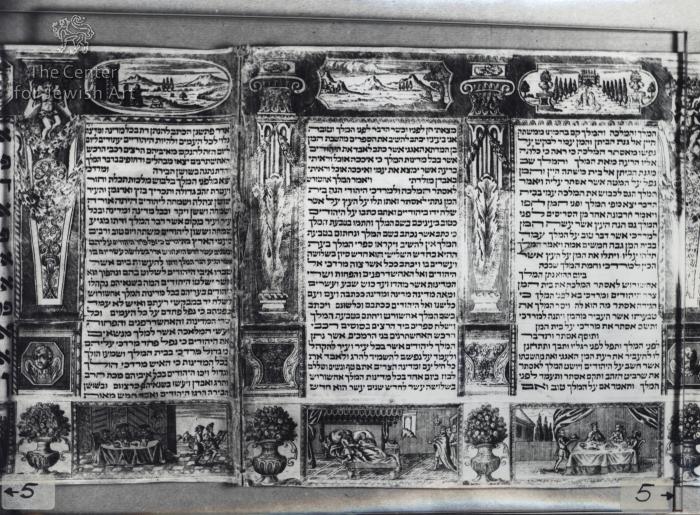 Frame 11: The second banquet given by Esther is depicted (Es. 7:1). Together with the queen, the king and Haman are seated at a table. A servant is approaching the table with a tray.

Frame 12: On the right, on a bed with a canopy reclines Esther. Haman is falling on the bed while he is begging the queen for his life and this happens at the moment when the king returns from the palace gardens (Es. 7:8); he is shown on the right. In the small rectangular window, a gallows is visible; this is the same gallows that Haman built for Mordecai (Es. 5:14) and its presence here suggests the upcoming death of Haman (Es. 7:10).

Frame 13: On the left, a table with three scribes seated at it is shown; most likely they write the decree allowing the Jews to defend themselves (Es. 8:8-10). On the right, two messengers of the king are going to deliver the new decree (Es. 8:14).