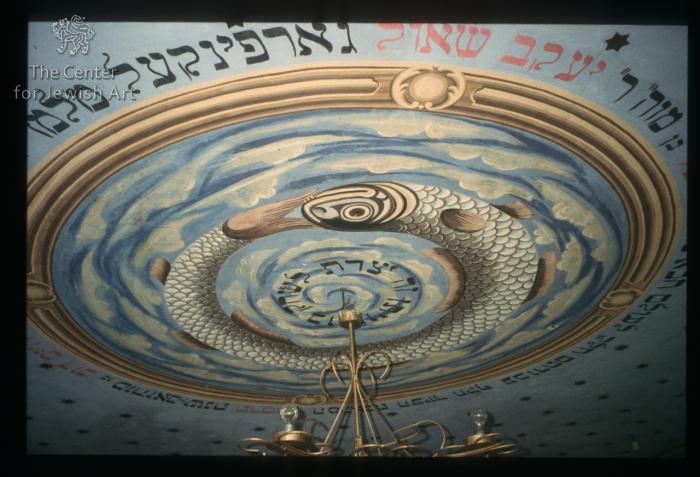 The interior of the synagogue in Niebylec holds preserved murals on the ceiling and on the walls of the prayer hall. The ceiling is framed by a wide decorative border including depictions of the signs of the Zodiac. The central plafond depicts an image of Leviathan as a fish or sea creature wound in a circle as if to eat its own tail. The place of the aron kodesh (Torah ark) on the eastern wall is decorated with a painting of two lions holding the stone Tablets of the Law. The western wall of the prayer hall features an image of the Western Wall in Jerusalem accompanied by a corresponding inscription and artist's signature. The window frames are decorated with murals of a foliate motif.

For the Zodiac signs see: