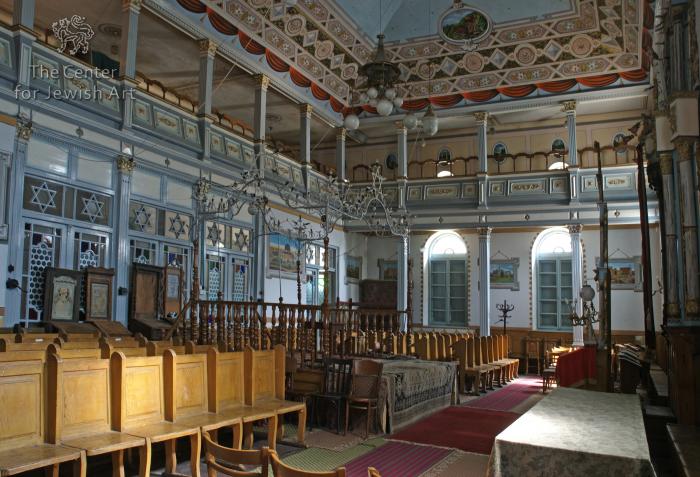 The walls around the perimeter of the prayer hall contain paintings depicting holy places and other scenes in the Land of Israel, as well as another mural depicting the scene described in Psalm 137 ("By the rivers of Babylon..."). The artist added painted frames, cords, and nails to create the illusion of hanging paintings rather than murals. Part of these compositions were repainted during restoration undertaken in the 1970s.

For the holy places and other scenes in the Land of Israel see: