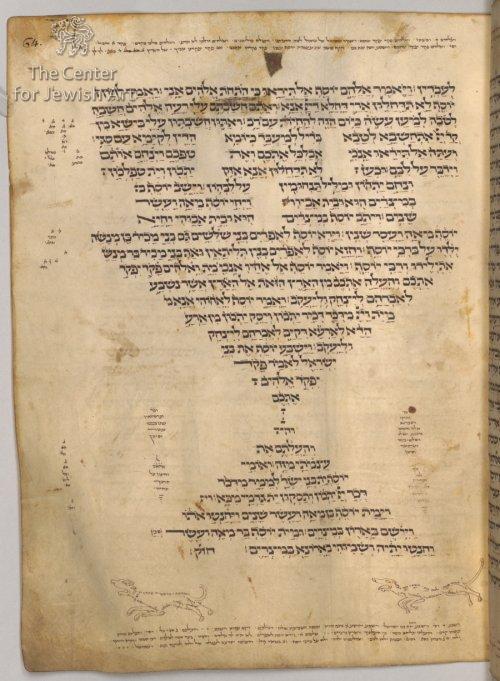 Fol. 64: The end of Genesis is written in the shape of two triangles, one inverted; the text above the upper triangle is in a brickwork pattern.

The page is decorated in the lower margin with an abbreviated version of the traditional hunting scene in pen and micrography, depicting two hounds running towards the left, the first with a collar.

The traditional hunting scene generally also includes the hunted animal, and some times the hunter and a landscape.