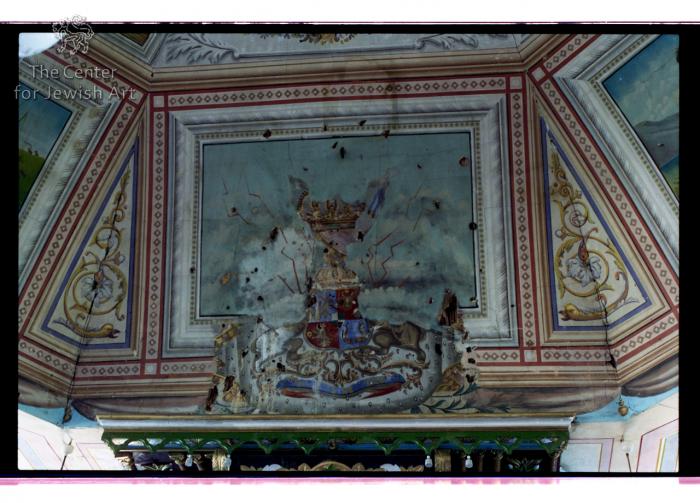 Three narrative scenes are placed in on the west, north and south sides of the dome alternately with the images of the four animals from Pirkei Avot. Both cycles are placed in a common line of architectural and decorative decor. The fourth framed space on the east above the Torah Ark is empty now. The topics of the two paintings belong to the prophecies. The third painting depicts  the sacred objects in the tabernacle. All paintings are signed. A fragment of an earlier painting, which is visible in the eastern part of the dome over the Torah Ark with the coat of arms of Principality of Romania shows that early layer of murals was made between 1872 and 1881 year. This coat of arms was used in this era.