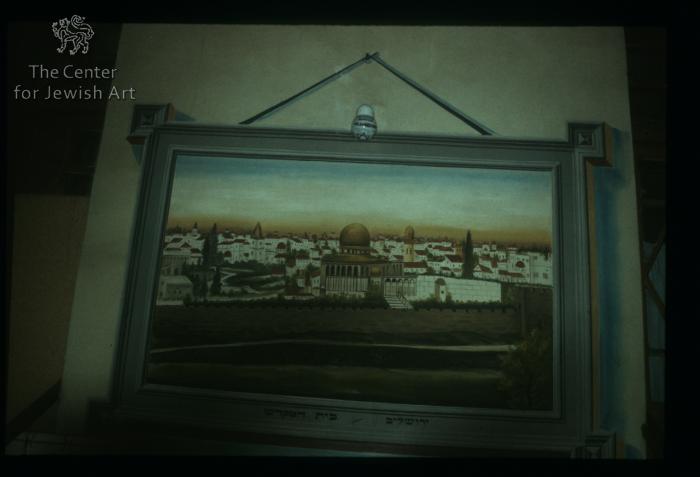 This painting depicts the Temple in Jerusalem in the form of the Dome of the Rock. The octagonal cupola structure on the Temple Mount is surrounded by numerous smaller buildings in the background. These other buildings of Jerusalem - white houses with red tile roofs and a few towers - extend to the horizon. The city of Jerusalem itself is enclosed within a fortified wall in the foreground, with the Golden Gate on the right side of the picture. A valley featuring a tree and a sandy path lies between the walled city and the viewer. The painting represents a realistic depiction of Jerusalem in that it includes both minarets and church towers.

The Temple in Jerusalem