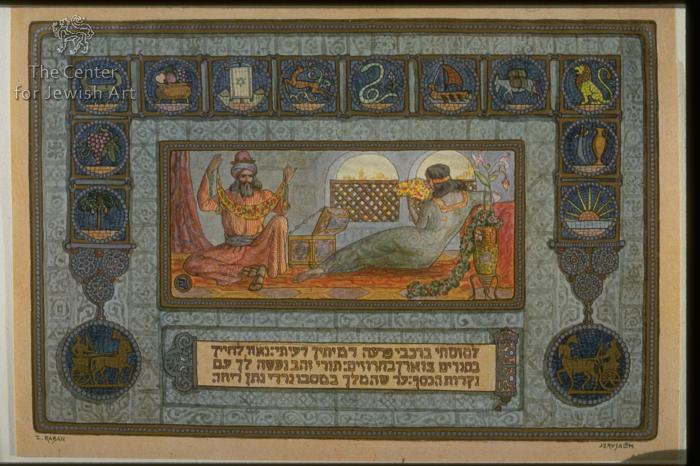 The page is horizontal rectangle. The picture illustrates Song of Solomon 1: 9-12. The gray picture frame includes geometric motives in gray tones on which the emblems of the Tribes of Israel are represented. At the central picture a woman is reclining, her legs turned aside, her right hand lying on a chair, smelling flowers. A black bearded man wearing a red white stripes robe and a tarbush, is sitting on her left. He is showing the woman a golden jewel inlaid with green and red precious stones. The scene takes place in a room with two arched gridded windows. On the woman's right is a vase with White Lilly. The text appears below the illustration in Hebrew block letters on a depicted scroll. To both sides of the text are two medallions depicting the same picture: a horse carrying a man in a carriage (brown on blue background).