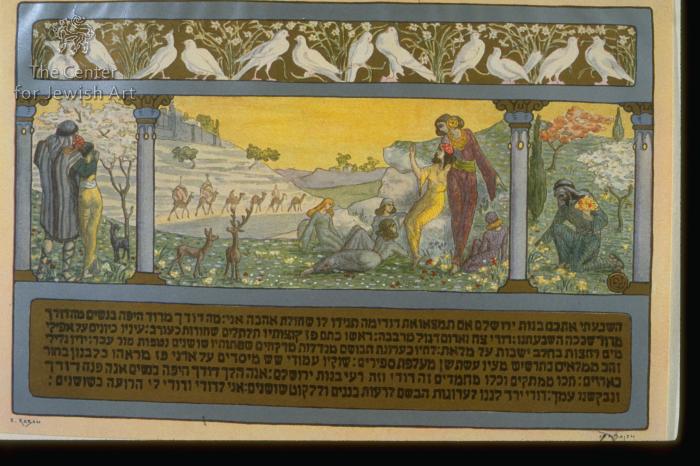 The picture illustrates Song of Solomon 5: 8 - 6: 3. It is divided as a triptych, by four columns that support a beam. In the right part of the tryptich a young bearded man, wearing a gray robe and a kaffiya, is picking colored flowers in a meadow with blossoming trees. On the beam, six couples of white doves are depicted with lilies among them, on a white background. The text is written below the picture, in brown block Hebrew letters on a brown background. the other two sections depict Shulamite with her girlfriends (see Ma. 1050.28) and Solomon and Shulamite together (see Ma.1050.29).