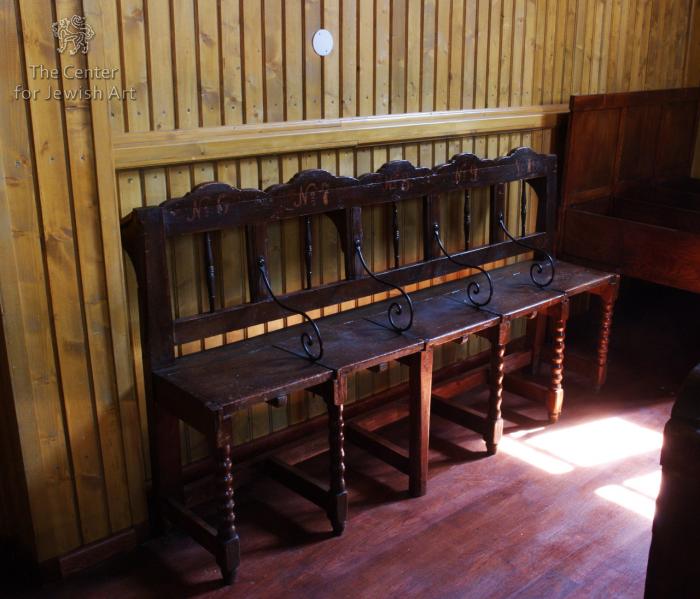 The Old Wooden Synagogue in Piatra Neamț dates from 1766. It underwent restoration in 1826, 1854, 1870, 1928, and 2010. The synagogue building consists of a rectangular prayer hall with a women's gallery on the north side. The interior floor is sunken one and a half meters below the exterior ground level. An octagonal wooden dome, typical of 18th-century wooden synagogue architecture, rises above the bimah in the center of the main prayer hall. A stone vestibule attached to the west side of the wooden building functions in winter as a smaller, warmer prayer hall.

The carved wooden octagonal bimah and the Torah ark were created in 1835 by the master craftsman Shraga Yitshak ben Moshe. These features represent the principal decorations of the main prayer hall. A single picture adorns the western stone wall of the hall. It depicts Jerusalem and the Temple Mount inside a painted frame made to appear as if "hung" from the wall.