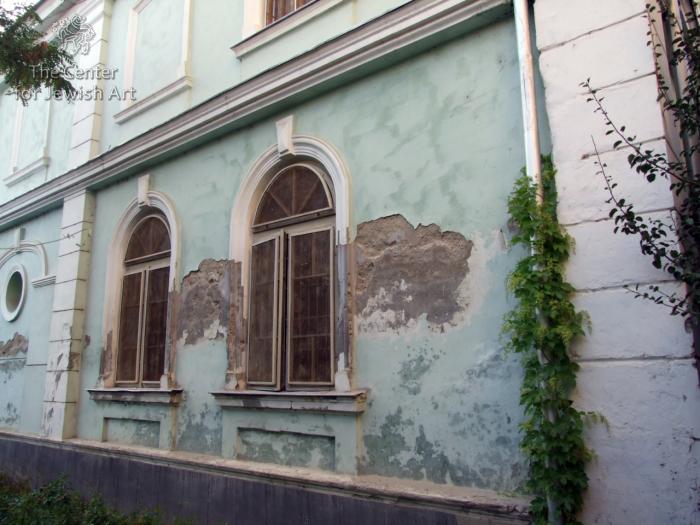 The Grain Merchants' Synagogue (Cerealiştilor), is the only surviving synagogue building of the 22 synagogues which were built in the city before the Second World War. The synagogue was built in 1899. The shape of synagogue resembles a provincial theater. The longitudinal building belted around by the two tiers of windows, has a high curved roof and elaborate entrance. The synagogue is surrounded by modern buildings: Erou Rusu 31. The building is used as a museum since 1991. (Streja A., and Schwarz L., The Synagogue in Romania, The Hasefer Publishing House, 2009)