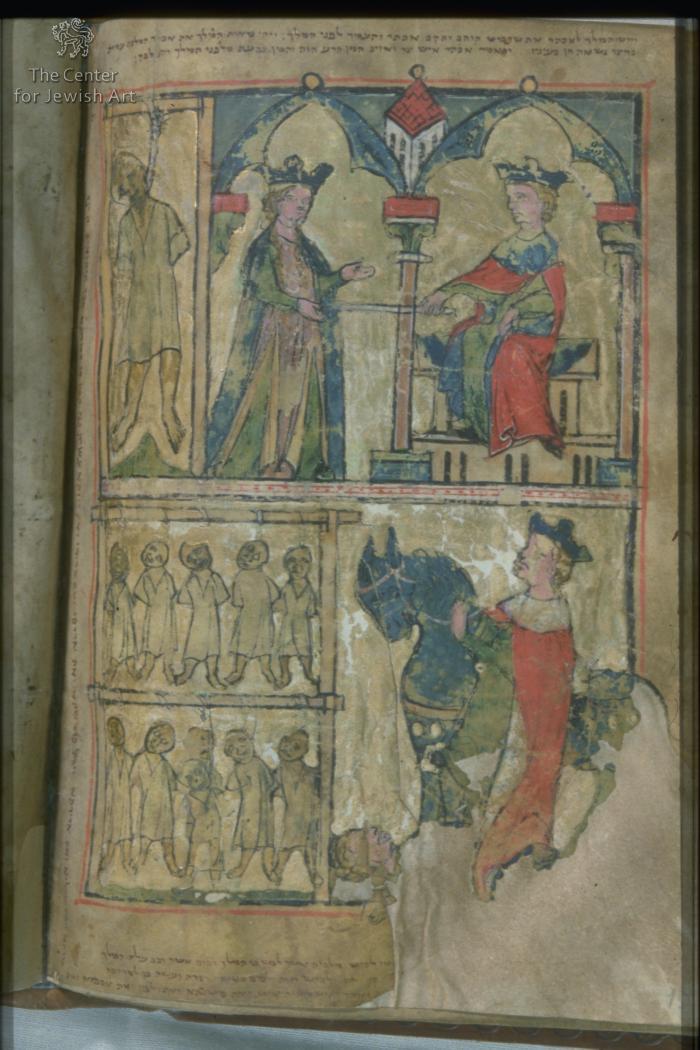 Esther before Ahasuerus: In the upper right section of the page, Esther and Ahasuerus are set within an architectural frame of trefoil arches. The crowned Ahasuerus sits on a cushioned stool and extends a golden scepter to the crowned Esther who stands before him, touching the top of the scepter.

Haman hanged: In the upper left section of the page, the bare-headed Haman hangs from gallows with his hands behind his back.

Haman leading Mordecai: In the lower right section of the page, Mordecai rides a horse, holding the reins. He is crowned and is dressed in royal robes. A human head of Haman lies on the ground at the horse's feet possibly alluding to the midrash that Mordecai was too weaken from the fast therefore he stepped on Haman to reach the horse’s back ((Bab. Talmud, Megillah, 16a).The paint on the bottom right corner of the page has flaked off.

Haman  sons hanged: In the lower left section of the page the ten sons of Haman hang from two separate gallows in two rows of five in each. They are depicted in a sketchy manner with their hands behind their backs.