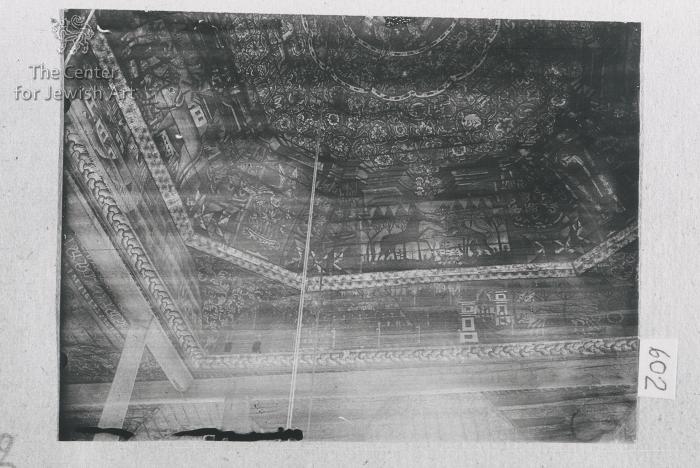 The decoration on a square room with pendentives consisted on separated scenes, one on each side of the synagogue. On this side is depicted a cart, pulled by two horses, move in the gates of a garden. The driver on the cart was depicted as a silhouette.The pendentives were decorated by floral motives.

The vault construction, which supported the dome, are decorated by symbolic and ornamental motives. The zodiacs signs are placed inside the lunettes.