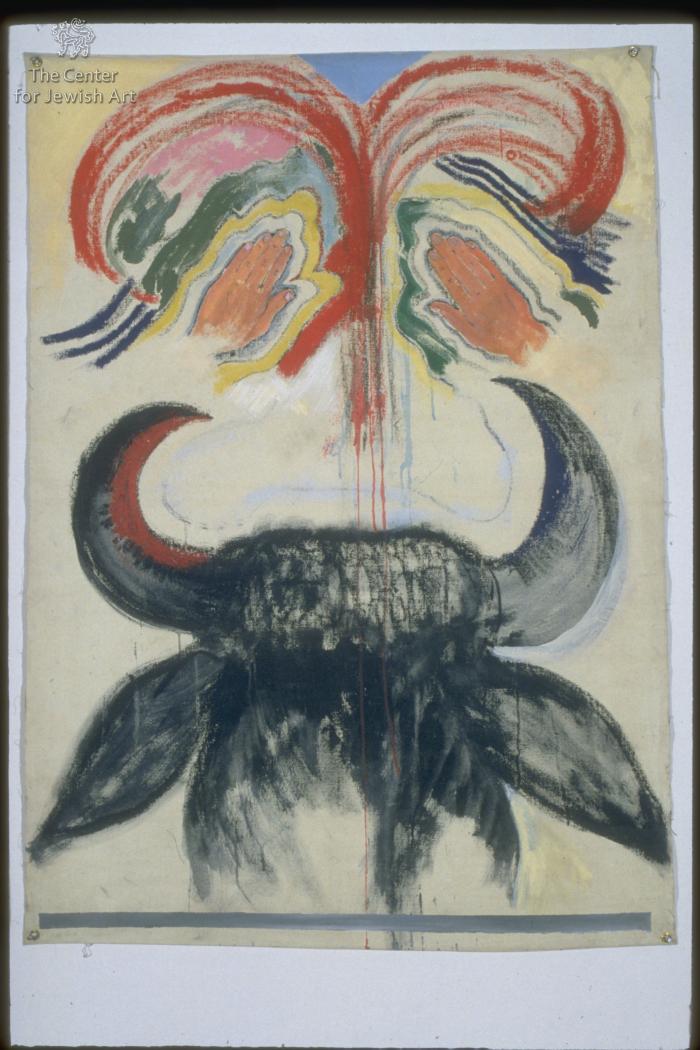 The back of the black head of a bull is depicted in the lower half of the picture and two hands in a gesture of blessing are depicted above it in the upper half of the picture. The head is most prominent with its ears and horns. A red stripe is painted along the inner side of the left horn. A black line follows the shape of the horns and merges into the image above. The two brown and pink skin colored hands with fingers held together are directed inwards, each one situated above one of the bull's horns. The hands suggest a Hamsa sign. Each hand is outlined in black. Surrounding these forms on the left are areas of white, yellow, green, and sky-blue with red stripes, green, green-yellow and black. In the center, projecting upwards from above, the bull's head is a sraight line that diverges into two curves suggesting horns, each arch over each hand. These curves follow the opposite direction of the bull's horns.