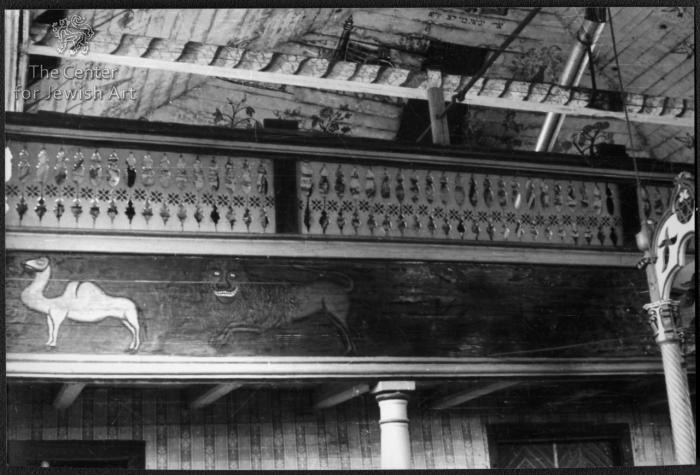 Four animals mentioned in the Mishna Avot 5:20 (“Be strong as the leopard, swift as the eagle, fleet as the gazelle, and brave as the lion to do the will of thy Father which is in heaven”) appeared on the partition of the women’s gallery.

Depicted above is the lion. Surprisingly, there was a fifth animal, a camel.