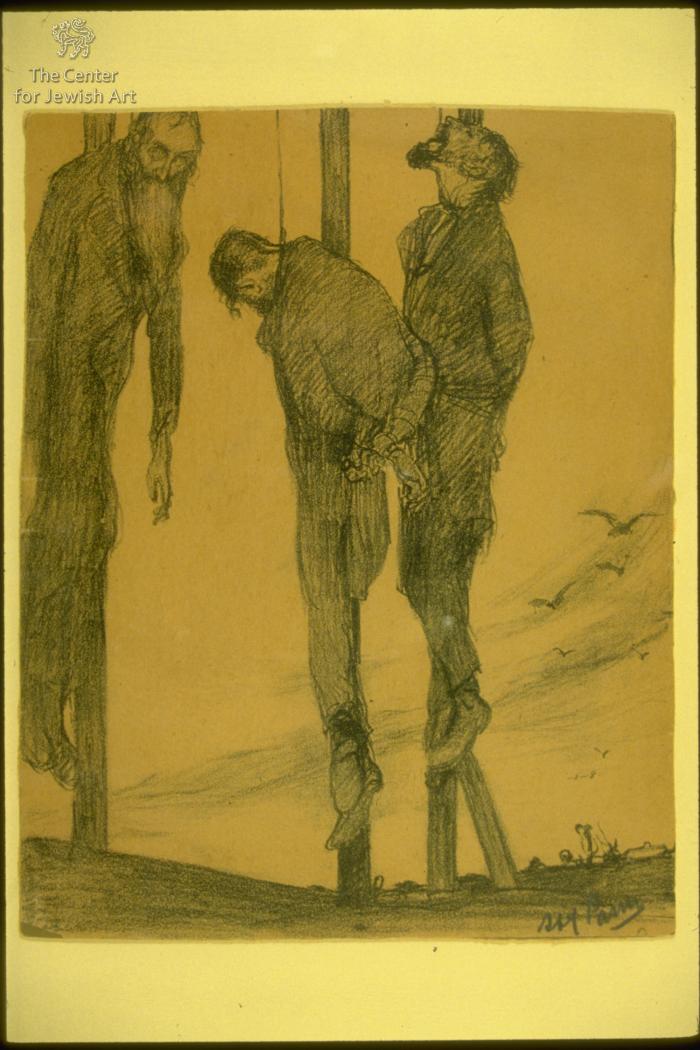 Three old men, probably Jews, are hanging dead from long wooden poles. The oldest one on the left is frontal while the central one is seen from the back and the third is depicted sideways. Both the younger men's hands are tied behind their backs. The tops of the poles are not visible and they seem very high. The hanged men are also enlongated figures as though their bodies have been tortured and stretched beyond human proportion. In the distance, birds of prey are flying. They seem to be heading towards the victims.