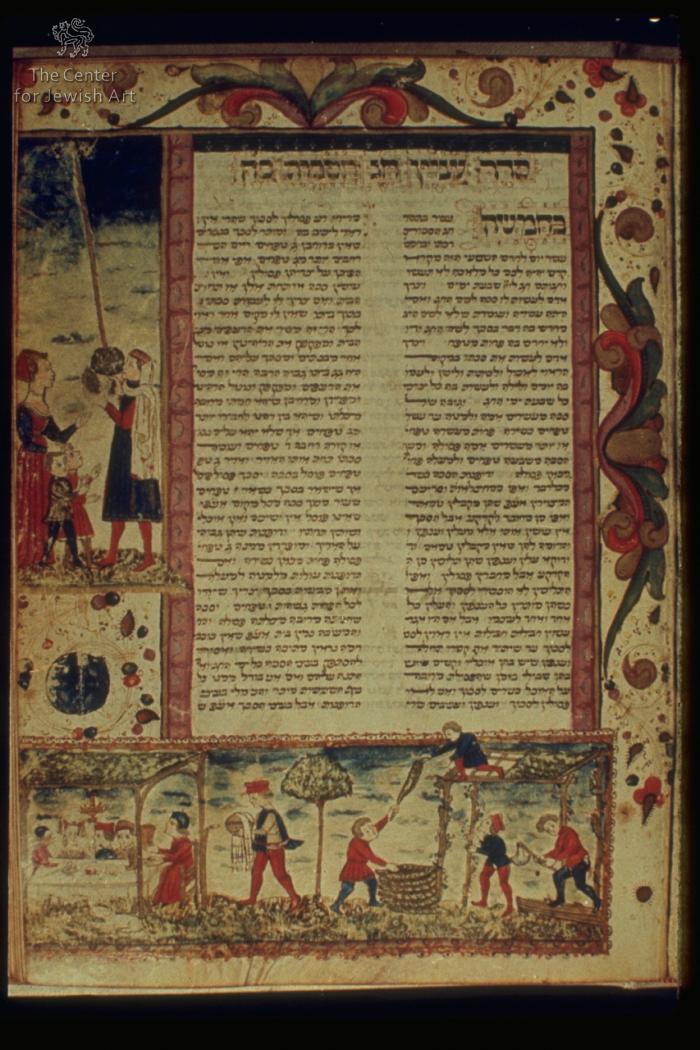 The text of Seder Sukkot is framed on its upper and right sides by a decorative band of fleshy twisted leaves, and on its lower and left sides by an inhabited border divided into two illustrative panels.

In the lower panel are two scenes: on the right are four men building a Sukka. The one on the right with red ziziyot is cutting trees, to his left, a man is holding the Sukka column, a bove him on the roof is a man sitting while receiving a branch to lay on the roof. A fourth man is handing him the roofing material from a pile. On the left, separated by a tree, five people are sitting around the covered table in the Sukka. Above the table a golden Judenstern candelabra is hanging. The man at the head of the table is lifting a golden cup for the qiddush. Another man is bringing an oval shaped pot covered by a towel into the Sukka. A dog is crouching beside the table.

In the left panel illustrating "Blessing of the Four Species", is a man wearing a long Talit, holding a long Lulav, an Hadas and an Arava, in his right hand and in his left hand an Ethrog. Facing him stand a woman and two children.