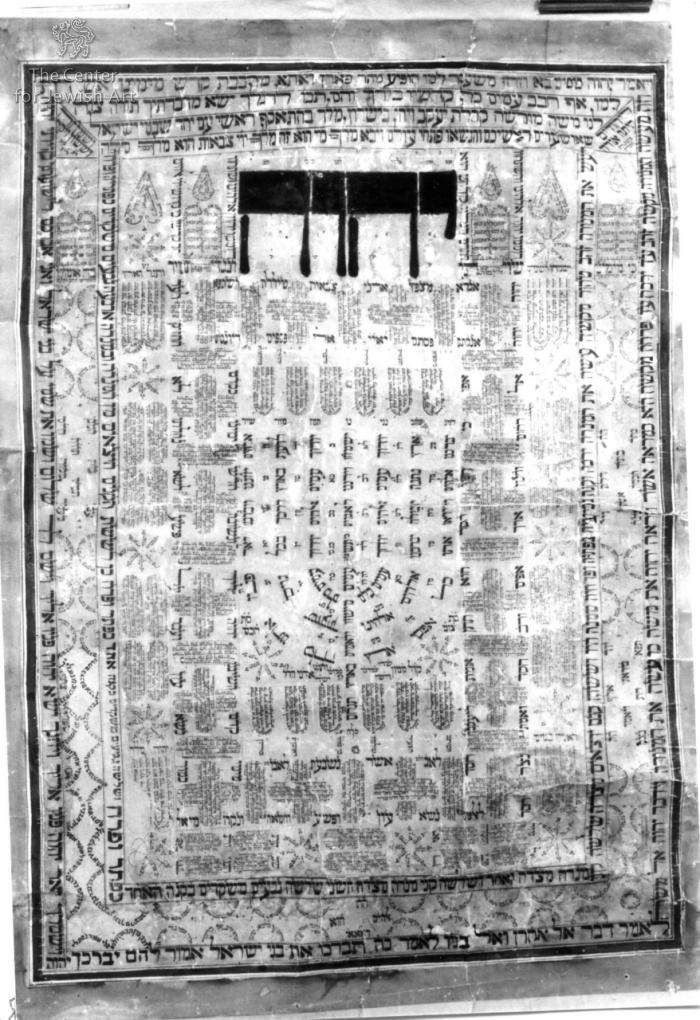 The rectangular !Shiviti! plaque is written in square persian script. It depicts a semi circled seven branch menorah composed of Ps.67. The menorah is surmounted by the first verse of the psalm, one word over each branch. Five rectangular frames surround the menorah. The two inner frames are composed of micrografic seven branches menorot in between verses.The third and fifth frames bear inscriptions: Ex.37:17-21 ## Num.8:4 followed by Num.6:22-27 In between them a frame which composed of micrografic semi circles. The upper part of the plaque bear the name of Lord flanked by micrografic tables of covenants, flowers and cartouches. Above it four lines bearing inscriptions: Deut.33:2-6 followed by Ps.24:7 Two triangles on the bottom right and left of the inscriptions bear the inscriptions: !ליהודים ## היתה אורה ## ושמחה וששון ויקר ## בשנת התרי!ז! Esth.8:16 followed by the year 5617 (1857)