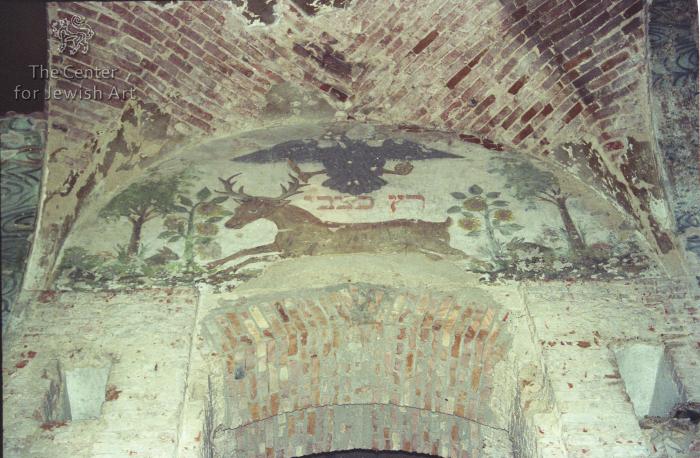 The images of an eagle and a deer in the central lunette are also preserved. The heraldic, black, two-headed eagle with a gold scepter and sphere are depicted above the running deer. Sunflower bushes, trees, and more flowers with rabbits sitting under them, are depicted on either side of a running deer.